There are two major types of us, ex-Soviets here.

The first type reminds me of what I always imagined immigrants to be. They stick together and hang out with each other. They don’t really strike up any local friendships. They watch programs from their home country on satellite dishes. They furnish their homes exactly like they would do back home. They cook their national dishes. Basically, they sort of relocated to another country…. but not really. They exist in their own micro-climate that they brought over with themselves.

And there is also another extreme- people who want to become locals. They work hard on blending in, imitating everything they think will make them look and sound more British. They proudly cut off all the past and announce they have nothing to do with it. They change dramatically in the way they dress, the way they act…what they watch, and what they eat. Their children have no clue where their roots come from.

And like in that joke…there are three types of people: those who can count, and those who can’t. So there I am, stuck in the middle again. Married into another culture, having assimilated pretty well. Living a normal local life, but trying to keep some sort of track of who I actually am.

There is this Russian girl I know. She is related to my mother’s friend from St Petersburg. Her babushka was a close friend of my babushka when they were very young. That was a strong enough basis for us to be put in touch by my mom and an auntie from Russia, who thought we ought to become close friends. Of course, it made perfect sense. We had lots in common, if you think about it:

The only problem was that we actually disagreed on almost every aspect of …well life, really.

To start with, she thought Stalin was the greatest ruler ever known. Considering that Stalin had my great grandparents killed in a fit of paranoia, I was not too keen on the guy. She also believed that the Soviet Union was great.

Everything here she hated with a passion. I felt uncomfortable saying anything nice about my life in the UK. She would take it very personally. Every time we spoke, she complained how hopelessly wrong this country was compared to Mother Moscow. She particularly hated the NHS.

That poor, poor NHS. We have a saying back home, when someone is talking badly about you, your ears start burning hot. If NHS had ears, they would have turned into ashes by now. The amount of scolding and insults that organization gets from immigrants is beyond belief.

But let me just finish telling you about this girl. Once she got pregnant, she decided it was unsafe to not just have her baby here, but even be pregnant. She packed her bags, abandoned her poor English husband to pay the bills, and took off back to Mother Russia to spend the main part of her pregnancy there. She said she could not get all the tests she wanted on the NHS. And the overall lack of attention towards her pregnancy was unacceptable. She spent 5 months before giving birth, and about 6 months after in Moscow.

My own feelings towards the NHS are quite mixed, to be completely honest.

I think it is natural, like in any relationship, that when we just met we were in a “getting to know each other and trying to look our best” phase. I came to this country having just got engaged, so I had my rose tinted spectacles on.
I was on the pill then, and when I ran out, husband said- "Go to a family clinic, they will give you more."
What do you mean, give me more? - I thought.
Having found the nearest clinic, I was surprised to notice how shabby it all looked.
The decor, the carpets, the chairs…It seemed for a minute that I was in an old Soviet clinic back home. But that’s where the similarity ended.
I saw the nurse and she was lovely. I came with no money, no bribes, no connections of some uncle’s sister. And she smiled. And she was friendly. And she had time for me. She measured my blood pressure. She talked to me about methods of contraception. She discussed what different pills I had a choice of. And then, most shockingly, she gave me 6 months supply for absolutely free.

That was not the capitalist west I expected to find here. That was the best form of Communism. Just like we were taught as children we would live to witness one day.

But as in any relationship, that “want to impress you at the first date” phase eventually fades, and gives space to reality. And in reality, NHS showed me the other side of its smiley face.
It did not take me long to realize that everything free, whether back home or here, has its problems. Thus the decor and the shabby chairs in that family clinic back in Hampstead.
The only difference is that the system still works here. And when they claim it to be free it in fact, is.

So lets just see, what did I learn? I leaned that if I had more than one question for my GP I should not try to save his time, and go with all of them in one visit. Because they have a time slot per a patient. Back home because you pay, either openly or under the table, you can ask several health questions. Here, you will have to go back and queue again.

I also learned that because they have a time slot for you, they are distracted and not interested. (Also I am sure, has something to do with the number of idiots they have to see on a daily basis!) So they just smile and nod. But their eyes give them away. That can be pretty scary if you are really sick. But you can trick them into paying attention if you learn how to emphasise your suffering properly. That skill took me years to master.

They also don’t like giving you tests. Unless you are clearly dying. Back home they love tests! Every test means more cash. But not only that. Tests look important and make patients feel properly treated. You go with a sore throat- they send you for an MRI.

So.. I know there are still some ex-Soviets who prefer to travel back home to have their teeth fixed, or some tests carried out. And I know the NHS has its problems.
But I base my judgments on the two very memorable experiences in my life.

A long time ago, my father had a heart attack back in Baku. I rushed to a hospital, where I had to bribe someone to be allowed inside to see him. I then had to bribe a nurse to give him an extra blanket, as the room was not heated. I was later told that if I paid more, I could move him into a nicer room with a TV and no cockroaches. I had to buy his medication, disposable syringes and cotton wool from a shop downstairs.
And I am sorry, but I have not forgotten that hospital. And the cockroaches. And the greedy nurses. And the doorman who sneered at me, enjoying his power of making me wait and pay extra.

And when my 10-day old baby was critically ill, I saw just how the NHS can work to save a baby’s life. And for that I am forever grateful. And that is what really matters in the end.
Email Post
Labels: Crazy UK stuff 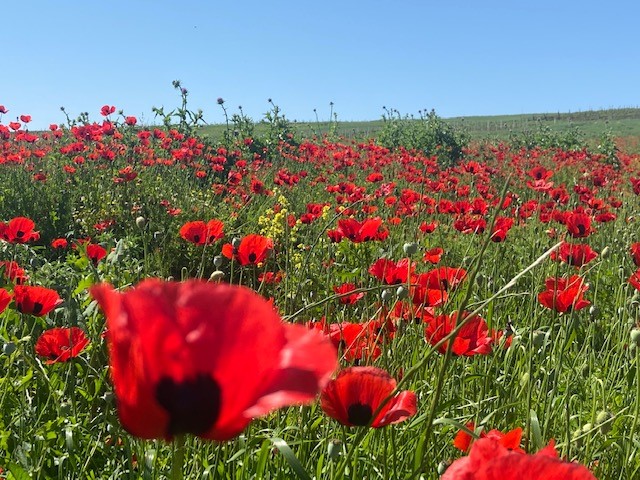 Why Georgia reminded me of Scarlett O'Hara 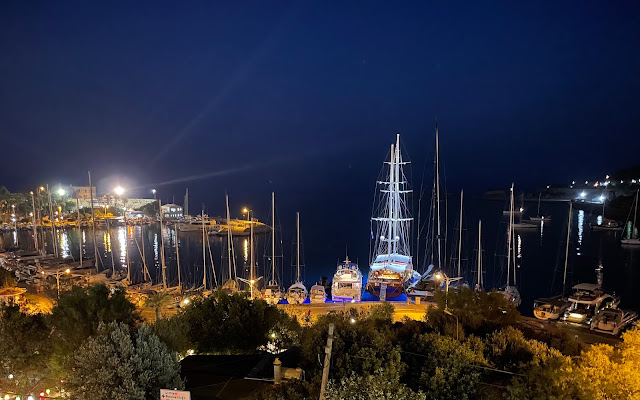 Everything Turkey had to offer, and more.

scaryazeri
Foreign here, foreign there...foreign everywhere. Born in Baku, Azerbaijan, I then spent 12 years in a wonderful commuter village near London, and recently decided to try an expat lifestyle and relocated to sunny Doha. Besides this blog, I run a regular culture clash column in AZ Magazine in Baku, Azerbaijan, and freelance for whoever pays me.